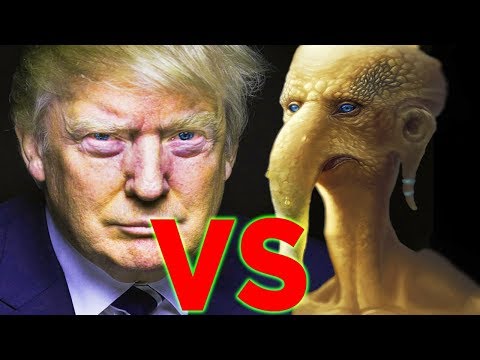 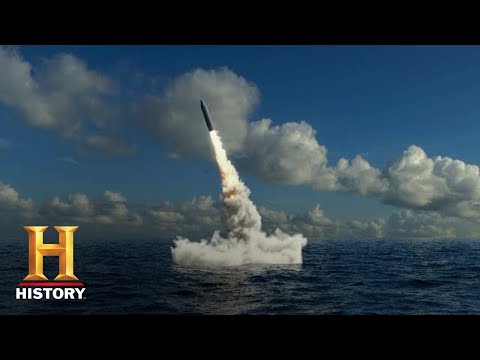 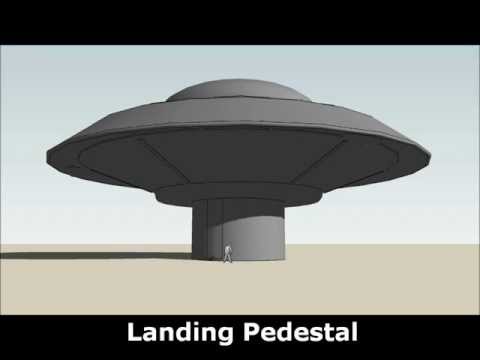 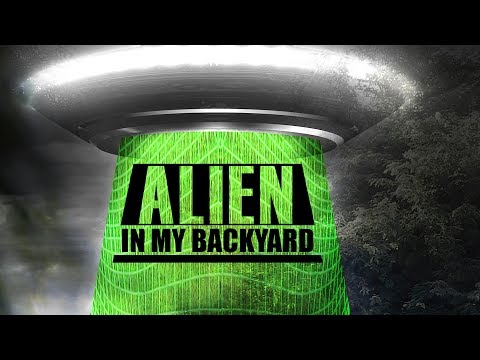 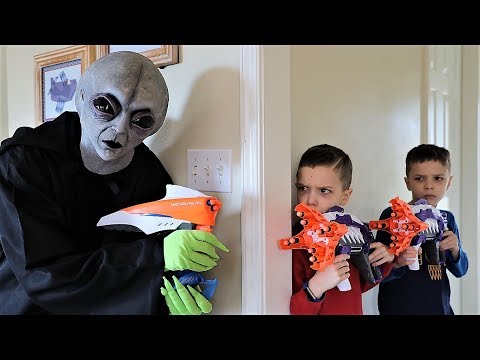 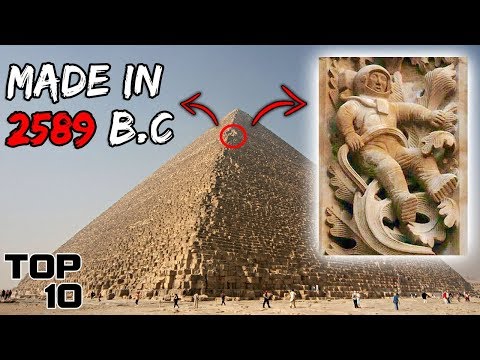 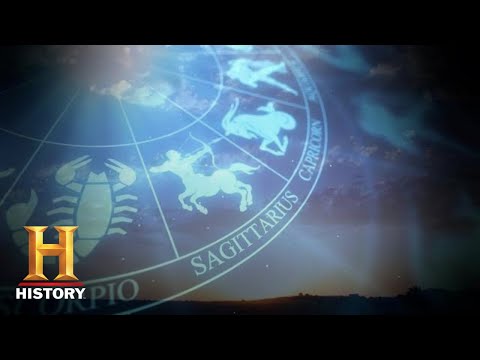 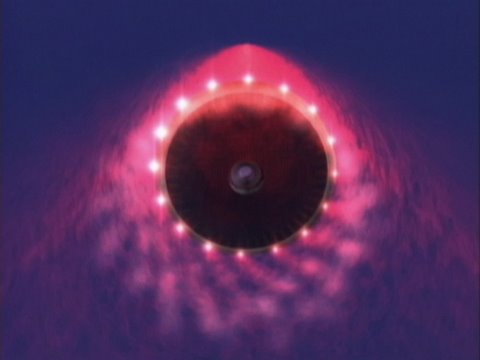 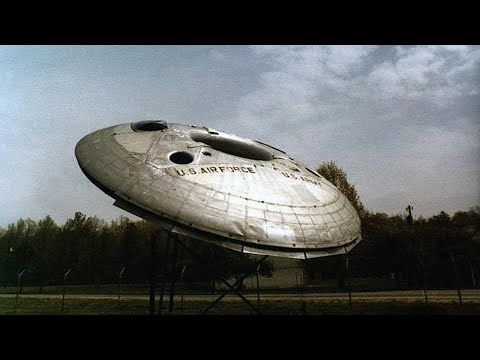 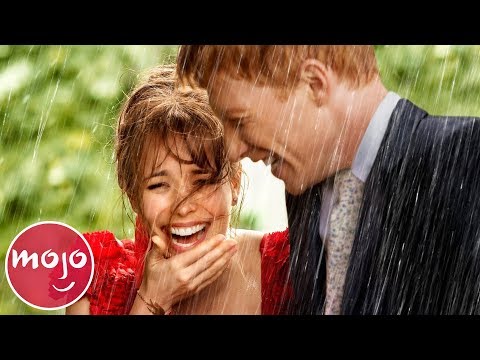 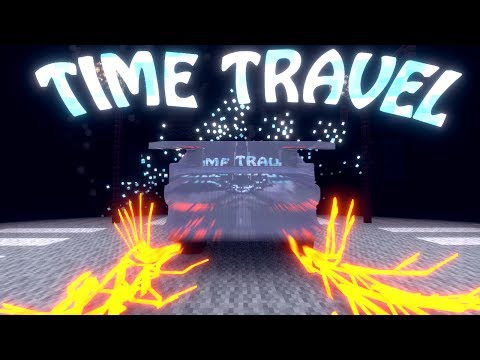 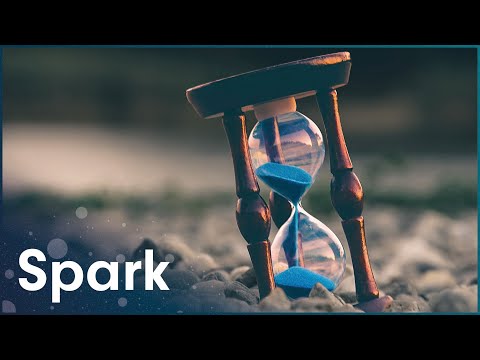 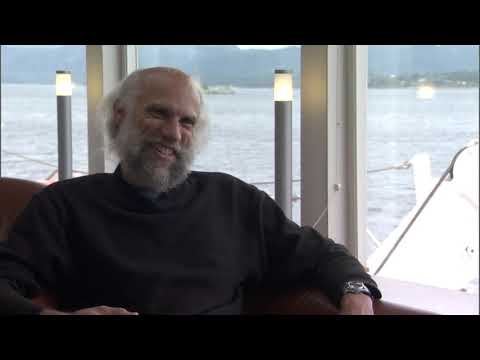 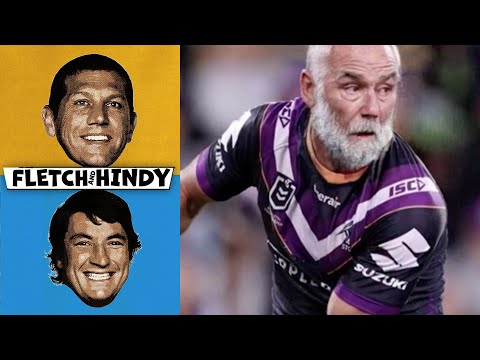 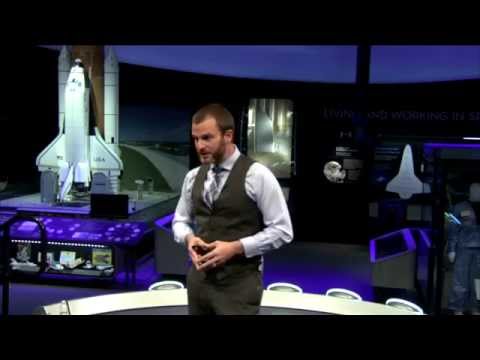 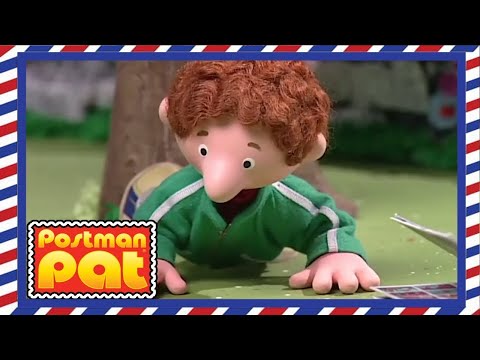 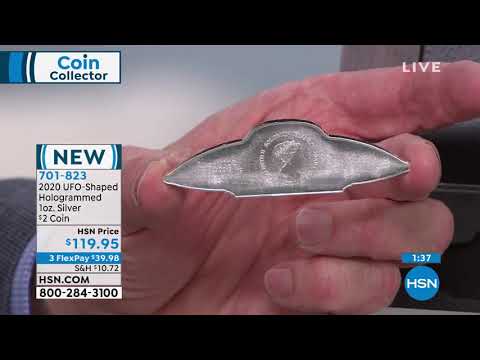 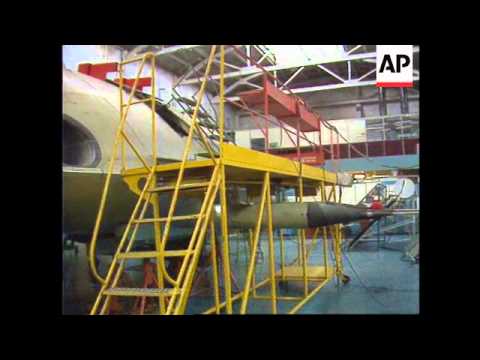 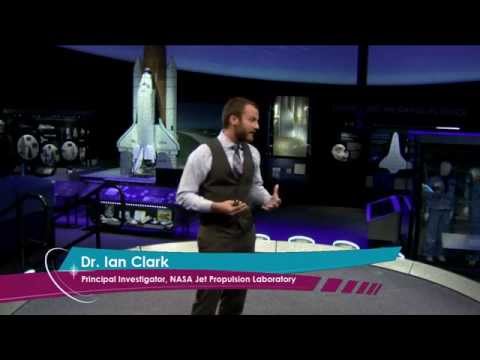 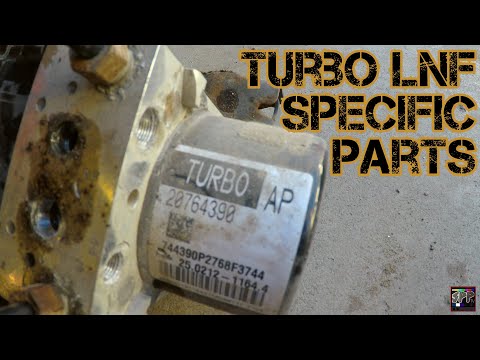 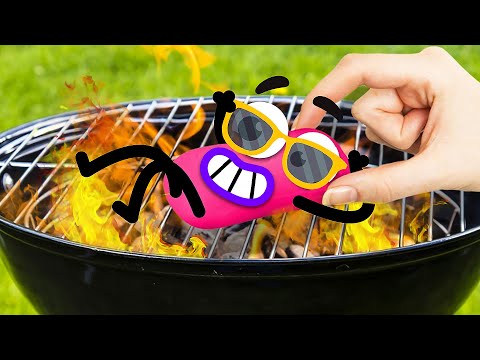 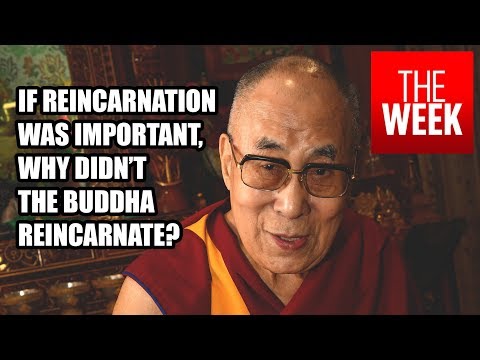 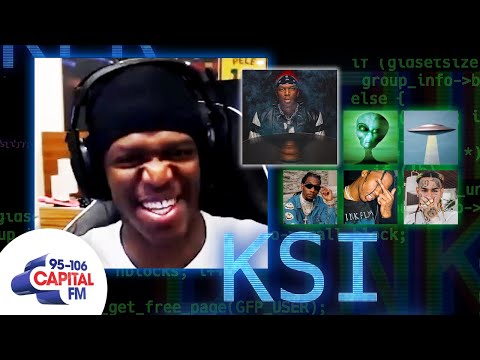 Children are thought to be more sensitive to the paranormal world than adults. As the theory goes, sometimes kids are able to see into the spirit world more clearly because their perception of reality is not yet fully formed. Watch these videos and tell me if you think these children are just using their imagination or if they are actually seeing something paranormal. 11. James Paar: James Paar records his young nephew as he shrieks at something he sees on the wall. This continues for quite some time. It’s hard to tell what the child is thinking, but it seems like a combination of nervousness and excitement. More than once he appears to back away as if he is fearful of something that is nearby. The child does seem to be completely fascinated by an otherwise blank wall, which is strange, but I am not so sure that this video is paranormal. The kid may just be playing games with his own shadow. What do you think is going on here? 10. Stephanie Jenkins is filming her child at the bottom of some steps when suddenly she goes from smiling to startled.

The child definitely looks like she saw something, but she takes a few steps into the next room and then quickly forgets about it. Some people have noticed what appears to be an orb float overhead. While some people think this could be a speck of dust or something similar, others think it could be a long lost relative paying their respects to the next generation of kin. 9. Dan Sutherland has a very non-descript closet in his room with a plain looking wooden door. For some reason, his baby girl Lilly has taken an extreme interest in the closet lately and he thinks he might know why . . . There’s absolutely nothing about the outside of the closet that should attract Lilly’s attention for a single second, but her gaze seems utterly transfixed at times.

There is, however, something inside that she might be interested in, though she should have no idea of its presence or its implications. As it turns out, Lilly’s grandmother recently passed away, and inside of that closet is the very same shirt her grandma was wearing on that day, along with some other personal belongings. What’s even more strange is that Dan recently moved them into the closet on the day before Mother’s Day. Prior to this, Lilly had never really taken notice of the closet much before.

Now Dan is wondering if Lilly is detecting her grandma’s presence and quite honestly, so am I. If you can think of any reason for Dan’s daughter to look over at that ordinary-looking closet with such a pleased expression on her face for so long, please let me know. I personally have no idea what could be holding her attention like that except for her grandmother’s comforting presence. 8. JULIUSKITTY has a child who won’t stop looking up at the same spot on the ceiling and laughing for no apparent reason.

It’s almost as if someone or something is putting on a little show just for her, but clearly nothing is up there. After giggling for quite some time, the child suddenly grows silent and leaves the room while still looking up. The toddler follows whatever it back into the room and tries to get his parents to see what she’s looking at by pointing. Then she goes back over to the same spot and reaches up at the ceiling again. This time, it’s almost like she wants to be picked up by whatever it is that she sees. If this is a spirit, then whatever form it’s taking does not appear to upset the child. If anything, the toddler seems fascinated with its presence and wants to get a closer look. Let me know what you think this was, and if it is paranormal, tell me if you think this is a good spirit (maybe even that of a relative) or a bad one who is trying to gain the trust of a child.

7. Susan Payton1 is enjoying some quality time with her family when she and her husband both notice something grab the attention of their infant toddler. The child’s face changes from amusement to confusion as he apparently turns to watch something pass by. Then, moments later, an orb silently streaks overhead. Even stranger are the song lyrics playing in the background. Something appears to walk past the child and possibly exit the room just as the children’s song announces “say bye-bye”.

6. That’s the reaction of a YouTuber’s daughter when asked to identify the man on the stairs. Her mom is very curious and wants to know more about what her daughter thinks she is seeing. “Man stairs”, her daughter says in a tiny British accent. It would almost be cute if the paranormal implications weren’t so terrifying. After all, she is talking about being watched by a stranger in their own living room. As the video continues, you can tell the girl becomes more afraid to look up from her toys. She obviously does not want to see the man by the stairs anymore, though I have no idea what he looks like or what he’s doing. The girl does not seem to be smiling or showing any other signs of making up a story, so I am inclined to believe this potential ghost sighting could be real.

Let me know if you agree or not. 5. FoolyLiving is alone with her child when she hears a loud bang outside followed by the electricity shutting off. A short while later her son Raphael starts talking to someone who isn’t there. His mom is busy doing the dishes in the other room when all of this starts happening. When his mother returns to check on him, she notices he appears distracted. It soon becomes apparent that that her son’s attention was being divided between her and someone else in the room, but she is the only one with him. Let me know if it looks like he is having trouble focusing here or not, and if you think a spirit could be to blame. 4. carleeoaxaca has a two-year-old daughter who refuses to enter a certain room in the house at any time, day or night. She stands at the entrance and timidly looks around with her hand covering her mouth, not even daring to go inside when her mother asks. Years later, when their daughter could talk more clearly, she would go on to recall a “scary man” who lived in the closet.

He had red eyes and an all red-and-black face. Let me know if you think this is really what she was seeing in this video or if the child is simply making up a scary story to trick her parents. I will add that, according to the uploader, this was not the only strange occurrence to take place in their household. Her son would describe a boy named Marcus who would try to play with him sometimes. All family members would also get deep red scratches around the arms a lot for no reason at all.

Eventually they moved and have not been bothered since. 3. This child is learning how to play peek-a-boo when she apparently loses her balance and topples over. Except, when you take a closer look, you’ll see that the girl’s feet appear to be firmly planted on the ground the entire time. Upon closer inspection, it looks as if she falls over unnaturally, almost like she’s been shoved. There is now a fierce online debate as to whether this child was pushed by an invisible force or merely fell over by accident. I know that kids don’t have the best balance, so she could have fallen over on her own, but the way she takes a couple steps back also makes me think that something paranormal is at play here.

2. This video was supposedly taken during a family meal somewhere in Japan. A girl points behind the camera and speaks, but I’m not sure what is being said here. All I know is that in the reflection of a nearby mirror is the grainy outline of a tall man standing in the doorway. Look closely and you can even see a patch of dark hair on its head, but no face at all. It’s probably just scripted because the timing is too good, and also these do kind of look like special effects, but I’m not so sure. Let me know if you think this child was an actor or if this was real. And if this was real, then I have no idea what happened to the poor mother and daughter next. Before we get to number 1, my name is Chills and I hope you’re enjoying my narration. If you’re curious about what I look like in real life, then go to my instagram, @dylan_is_chillin_yt and tap that follow button to find out.

I recently released a small mixtape and I’d love to know what you think of it. Tap the circle icon in the top right right corner, then tap My Mixtape to give it a listen. It’s also linked in the description below. It’s a proven fact that generosity makes you a happier person, so if you’re generous enough to hit that subscribe button and the bell beside it then thank you. This way you’ll be notified of the new videos I upload every Thursday. 1. This home video looks like it was taken some time during the 1990s. A child is sitting in a highchair happily learning about the different names for various parts of the body when something briefly interrupts the innocent lesson.

The child tracks an invisible object with an exaggerated head motion. Then he mumbles about a ghost. It’s hard to tell what he says, but I think he might have said “there’s the ghost” or something along those lines, almost as if he’s seen it before and has been expecting to see it again for some time. The child thinks for a bit and then says something else that’s really weird. It almost sounds like he’s asking if his dad got the ghost, or something like that. It’s hard to tell what he says here so give me your best guess. Maybe together we can figure out the surrounding circumstances behind this video. Anyway things go back to normal for a bit but and it looks like the paranormal encounter is over.

But then he makes a really confused face and looks around again, saying something else that’s completely indecipherable. Even if we were to know the identity of the child in this video, I doubt that they would remember anything of use. All we have to go by is this puzzling piece of paranormal evidence. .